Friendship Baptist Church is dedicated to the proclamation of the gospel to all people, for we know it is God “Who will have all men to be saved, and to come unto the knowledge of the truth” (2 Tim. 2:4).

It is for this reason that in addition to proclaiming the gospel here at FBC and circulating the gospel through tract distribution, we also support mission works in other parts of the world.

To the Jew First

We support a wonderful family who have diligently been a witness to the Jewish people in Israel.  Their love for God’s Chosen People is well known, and it is our pleasure to help them as they seek to bring others to Christ. 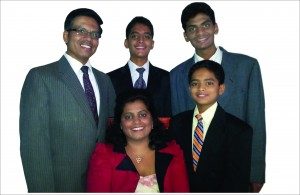 The Hendricks — Serving in Bangalore, India, the Hendricks are missionaries with World Wide New Testament Baptist Missions.  They have been serving the Lord for 20 years, and Bro. Adrian is currently pastoring Heritage Baptist Church.  Their three-fold outreach includes ministry in their local area consisting of Bible clubs and a Bible college; supporting missionaries and their work in Western India, Mumbai, Northeastern India, and Manipur; and outreach to tribal areas with medical and educational help. 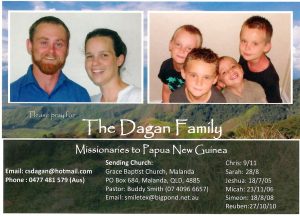 The Dagan Family — The Dagans are ministering among the tribes in Papua, New Guinea with their four boys.  They work with Bro. Crowe in the church’s outreach by way of discipleship, youth camps (which can consist of as many as 900+ people), and problem resolution between local tribes.

The McCays – Serving the Lord with CrossView Australia (NTM) among the Kol people of East New Britain, PNG. Both Garry and Faith were born and raised in country Victoria and both worked as teachers until the end of 1994 when they resigned and commenced a missionary training program in Sydney with New Tribes Missions. They arrived on the field in PNG in February, 1999 and moved into a remote village, situated among the Kol tribe of East New Britain. Their ministry is church planting which includes evangelism, Bible translation, literacy and medical work.

To the Persecuted Church

FBC has faithfully supported the Voice of the Martyrs since its beginning.  We are faithful to remember God’s command, to “Remember them that are in bonds, as bound with them; and them which suffer adversity, as being yourselves also in the body” (Hebrews 13:3). 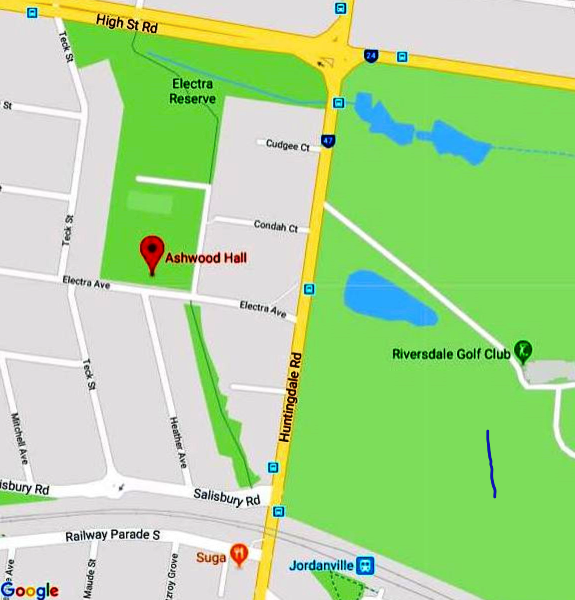